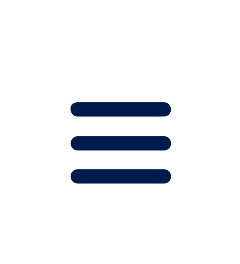 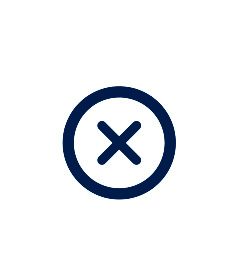 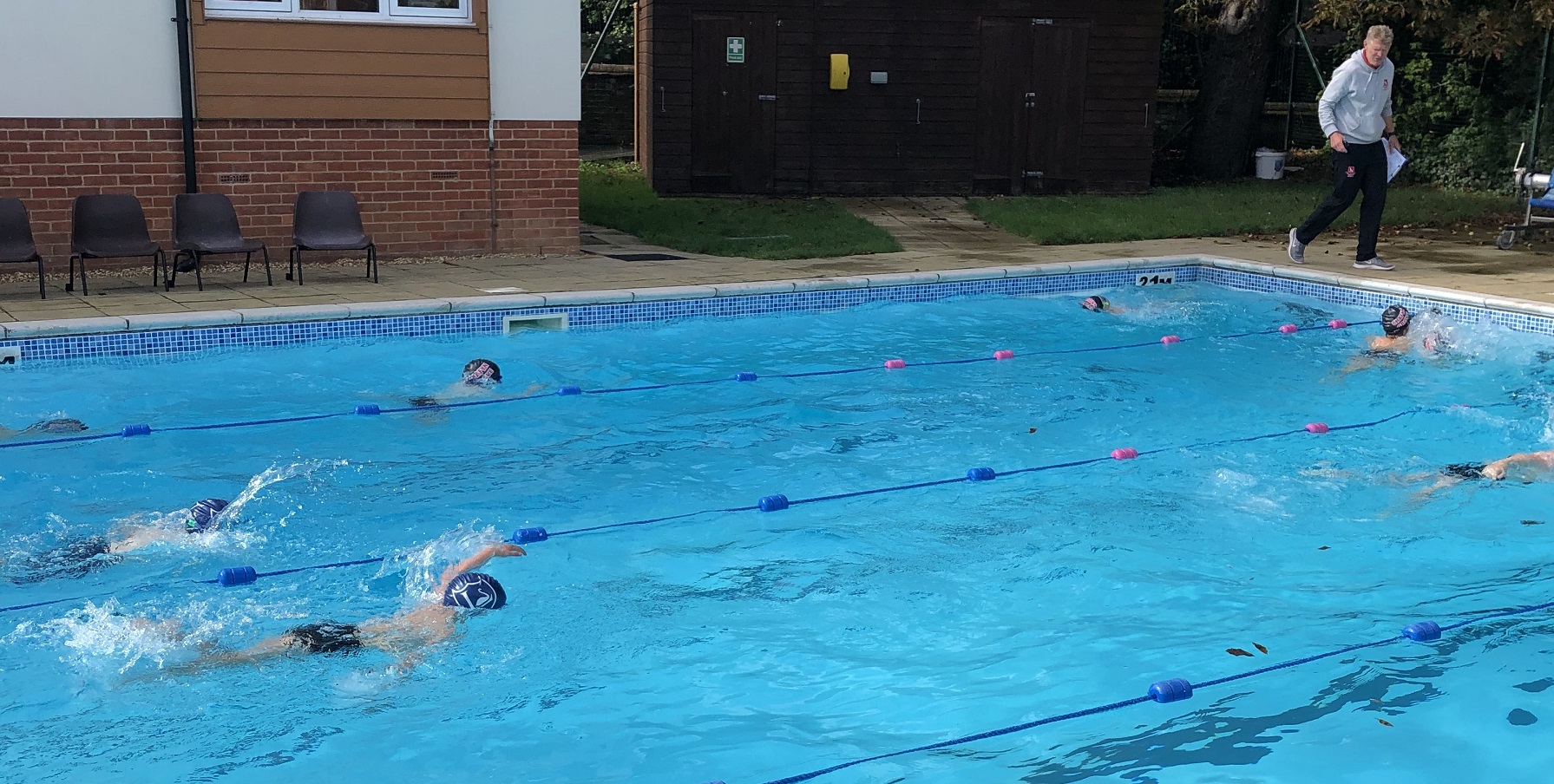 An Aquathon is a new concept of an old sport; swimming followed by running.  Leehurst Swan sent a large strong team, covering all the age groups who were eager to compete and win.

First up were Years 2 to 4 who had to swim one length of the 25mpool, run to the transition area and then run 500m cross country. This was fast and furious stuff and Lucy in Year 2 got out of the pool and chased down the three girls ahead of her. She managed to catch two but just failed in the closing stages to get the first place Year 4 girl. As the youngest girl in the race, finishing second in her first competition was outstanding!  Abigail was an impressive third.

In the boys event Charlie had a stormer of a swim and run, coming out of the pool in third, chasing down the opposition and winning with ease in the awful rain and wind

The Year 5 and 6 boys (2 lengths & 1000m run) dominated their event, taking the first 6 places. Josiah, leading from the front, held off Ethan in the final stages as they both sprinted for the line. A great run by Wilf meant Leehurst Swan took all the three places on the podium. Jack, Vincent, and George also showed the strength of depth in the our squad with some good swimming and running.

The girls also showed they are just as good with a show of fine swimming and running. Libby fought all the way but had to settle for second.  Just behind was Samar taking third place. Again, Leehurst Swan packed the podium.

The Year 7 and 8s (4 lengths & 2000m) had the worst of the weather, but this did not deter the girls as they to set about their task with glee and again more podium finishes. Greta led for so long but was pipped to the line for a really good second place, closely followed by Poppy a well-earned third.  Elena fought hard and just missed third place.

The boys did well and fought all the way. Unfortunately none of the team making the podium against a strong opposition but they packed the top ten.

It was a fantastic day with two wins and eleven podium finishes. Well done to all the runners and a massive thank you to all the parents who braved the awful weather to watch this magnificent display of swimming and running.

The X/Country season is now in full swing. This was the second race of the Salisbury School X/C circuit and Leehurst Swan has a great bunch of runners.  The weather was good, the awful storm had passed and the expected rain held off.

The Hudson’s field course was wet but this did not stop the wonderful runners of leehurst Swan putting in a great performance.

As with all these races they are age grouped. The Minors (Year 7s) go first, girls have one lap of the perimeter, which is to say the least hilly, with one very long uphill stretch to contend with. Tianna, ran her socks off for a very good 2nd place, and Immy L also had a good run, finishing well up the field.

The Minor boys, Daniel and Josh, fought well in a strong group of good runners to finish in the top half of the field.

The Junior (Year 8 and 9s) girls of Elena, Connie, Olivia, Tarin and Izzy had a lap and a half but ran really well to group the team together for a good points team score. The Junior boys of Ollie, Jake, Archie and Rudi did the same.  A good grouping again did well for Leehurst Swan team placement.

The Inters (Year 10 and 11s) had 2 laps for the girls and 3 for the boys. Immy T was running against a really strong field and improved her placing on the last race, finishing 5th. Will had to race not only a strong field but 3 hard laps, with a large group of runners he did very well, finishing 10th.

It was a wonderful display of teamwork and ‘never give up attitude’ from all the runners. Well done.

A big thank you to all the parents, family and friends who came to watch and support.

A really good match to watch, both teams packed with talent, and it was the lapses of concentration that decided this match. In a 10 minute spell in the first half, Leehurst Swan took their collective eye off the ball and allowed the opposition to score five unanswered goals. Only the defensive skills of Josiah, Sam and the ‘Cat-like agility’ of goal keeper Ethan kept Leehurst Swan in the game.

Our team started really well, putting the opposition's goal keeper under so much pressure that a defender passed the ball back to him and he let it roll in to his goal. 1-0.

Then that ten minutes lapse of concentration started with our team being caught by a long range shot that beat Ethan and then four more opportunist goals that Leehurst Swan did not deserve to concede. Half time score of 6-1 to the opposition.

The half time chat did the trick.  They took on board what the coach had to say and a different team took to the field and were all over the opposition. Camped in the opposition's goal area Captain Wilf, with Nathan and Henry, peppered the opposition's goal with shots, but just could not get a goal. With time running out, Josiah with Sam, took the ball off the opposition's Captain, passed to Nathan, who laid off the ball to Wilf to shoot and score. A very good second half.

A big thank you to all the parents who came along to watch a support the team.

By far one of the most entertaining games of football I have seen for a long time. End to end stuff, passion, commitment, continuous running, team work and lots of fun.

Our team was led by Captain George, who marshalled his troops well and led from the front. With the ‘super sniper pairing’ of Jack and Mathew up front, raining shot after shot, at the opposition's goal, you have to praise their goal keeper for keeping the ball out of his net.

The same was going on at the other end, with Vincent having a great game with the gloves on and a solid defensive pair of Piers and Zach who followed the orders of “nothing shall pass” they all just kept ‘booting’ the ball long for Tristan and George to start the Leehurst Swan attack again.

Team talk and water, then it was off again at a frantic pace. Finally the ball was in the back of the net. We went 1-0 up when Jack finally beat the keeper. The crowd went wild.

Then with time running out Vincent saves and a long pass to George, who does his Messi impersonation and weaves round all the opposition to score.  2-2 and the crowd goes wild again. This is breathless stuff, into added time, referee checking his watch, then with the opposition deep in Leehurst Swan territory and out wide to the corner flag. The opposition player with the ball shoots wildly and the ball curves it way into the top corner just out of reach of the excellent Vincent. Woooooooooooooooow, after all the play, skills, and attacking work the result is decided by a cruel fluke.

Is there still time? YES, George gets the ball to Piers, for the long ball, the whole attack line of LHS is up in the opposition's penalty box. Mathew shoots.  It is saved.  Jack, then George and Tristan, all attempt to get the equaliser, but with the entire opposition team in front of their goal, saving everything, they finally get the ball away, and the referee blows for full time.

You may take a breath.

What a game, fantastic display of a never give up mentality.

Again a big thank you to the parents for watch and supporting. I hope you have got your voices back.

After the disappointment of last week's cancelled match due to the awful weather, today the Year 3s could not wait to get at the opposition.

The scene was set, dry, sunny, with a hint of a cool wind. The crowd wait for the whistle. Captain Alexander, in a group huddle, finished off his team talk and they slowly all walked to their positions.

Ref blows and the opposition is caught on the ball by Spencer and George, a pass to Timothy, who finds Alexander, who charges forward to the opposition's goal, shoots but just wide.

Leehurst Swan dominated the first five minutes and were rewarded with a well-worked goal. Jacob and Zach had taken the ball off an opposition attacker, kicked forward to Spencer, who found both Alexander and George running off their markers towards the goal, and it’s Alexander who collects and calmly shoots low past the advancing keeper. 1-0 LHS.

With continued pressure, Leehurst Swan is thwarted time after time by the opposition's defence and goal keeper. With half time looming the opposition attacks and they find themselves with only Thomas, the Leehurst Swan goal keeper, to beat.  Thomas is on top form and makes a great save. He kicks the ball to Timothy, who finds Spencer, and he passes wide to Alexander, who goes inside of his marker to score the team's, and his, second goal. 2-0, and it’s half time.

A welcome drink and another going over the team plan by the coach.

The opposition attacks but are again stopped by the defence of Jacob and Zach. When the opposition does beat them, they find Thomas in super form - he made many wonderful saves.

The midfield three of Alexander, Timothy and Spencer were in total control and soon it was 3-0 to leehurst Swan. George gave the ball to Alexander who wove round the defenders to score the team's third and his well-deserved ‘hat-trick’. With time running out, and leehurst Swan defenders pressing up in the hunt for more goals, it was that boy again, Alexander, who found himself with the ball. He fired it into the top corner of the opposition's goal. 4-0 and the end of the match.

A really good game of football, played in a wonderful sprit.

A big thank you to all the parents for coming along to support the team. 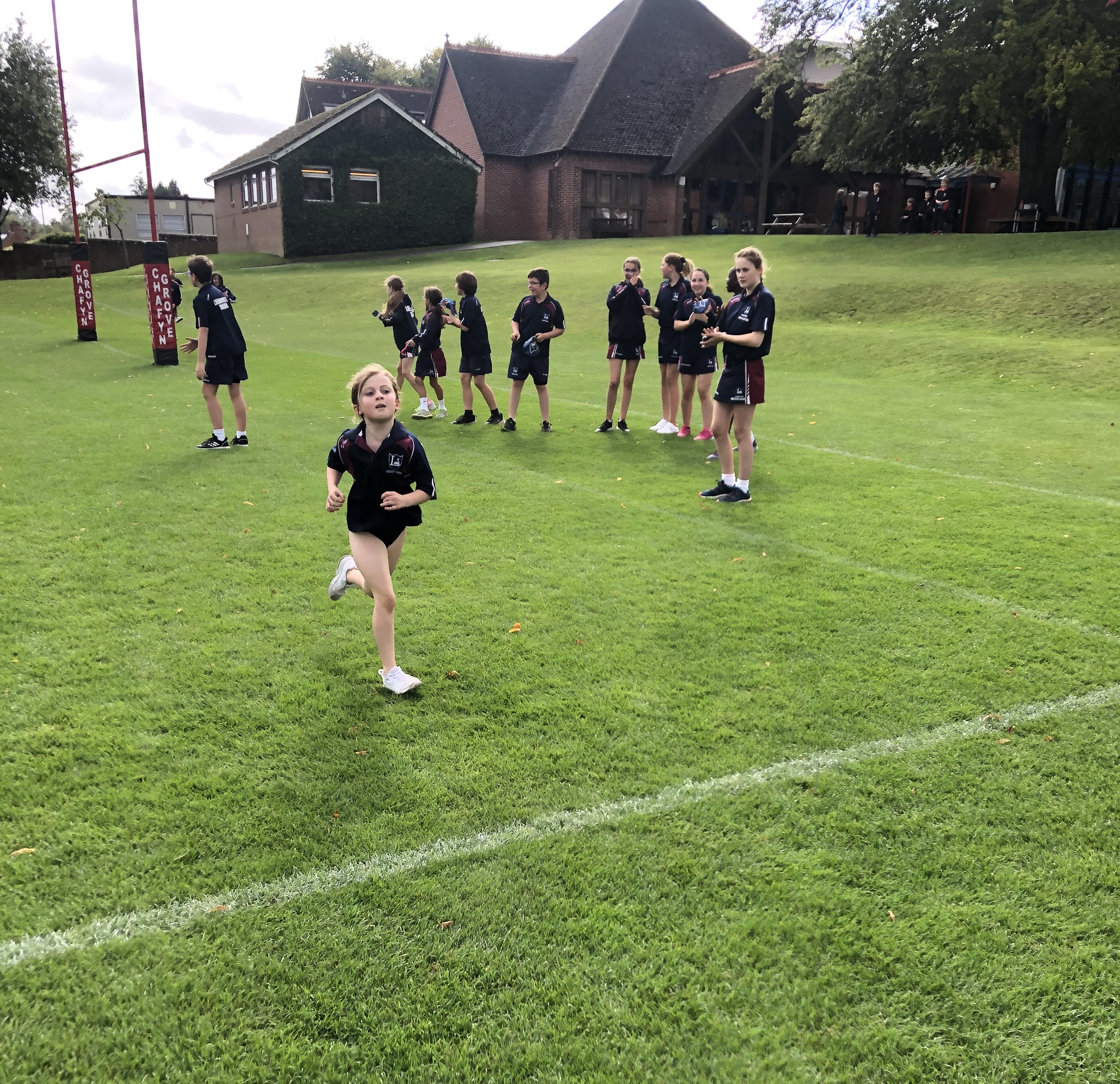 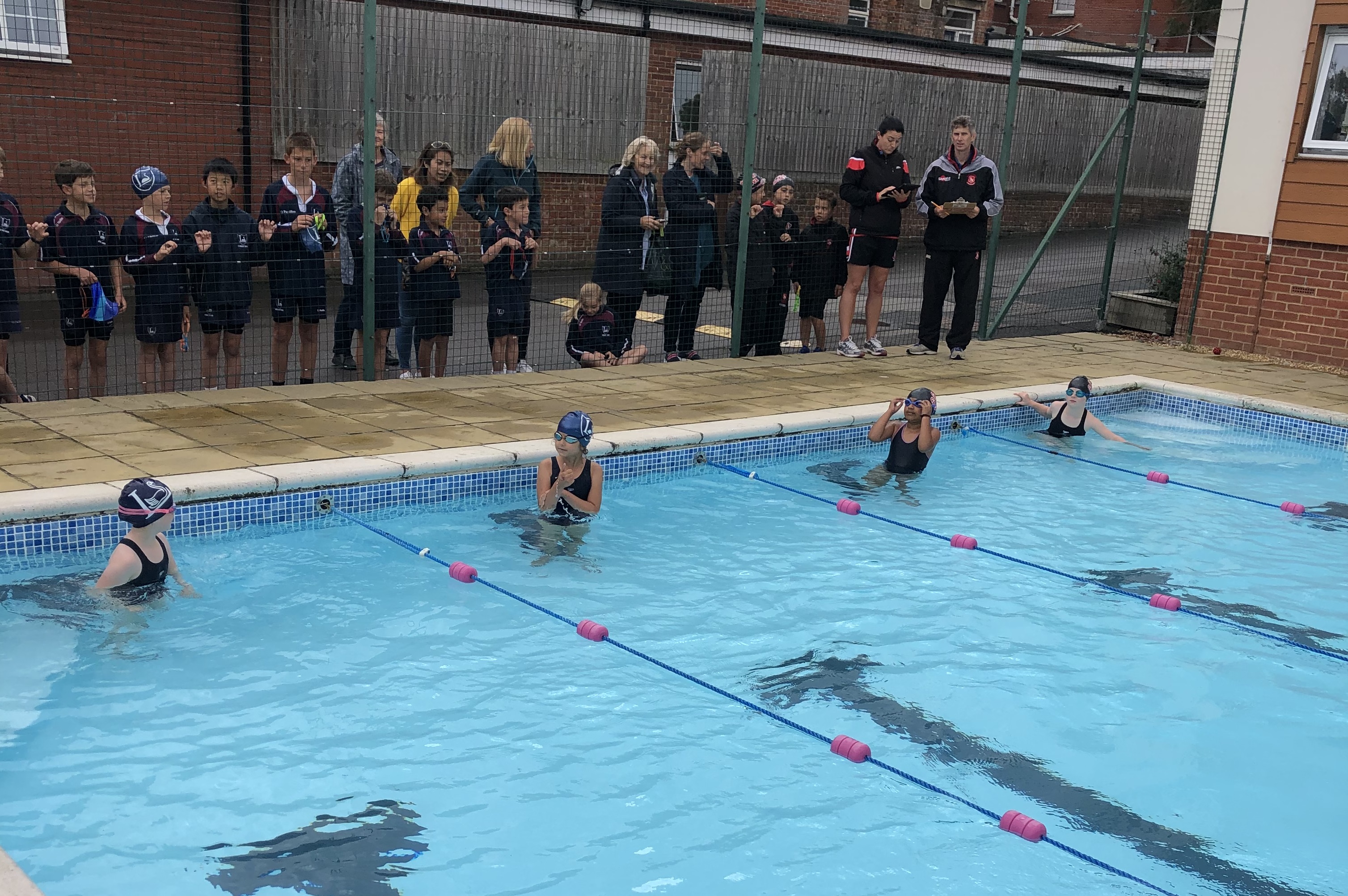 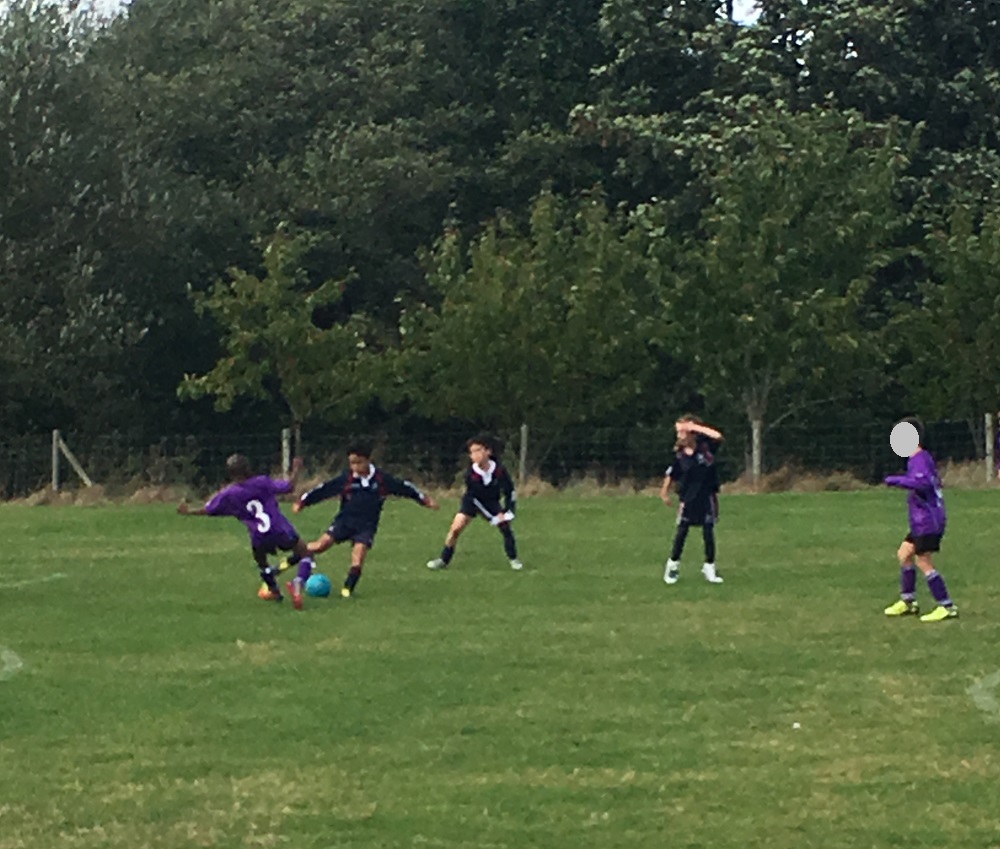 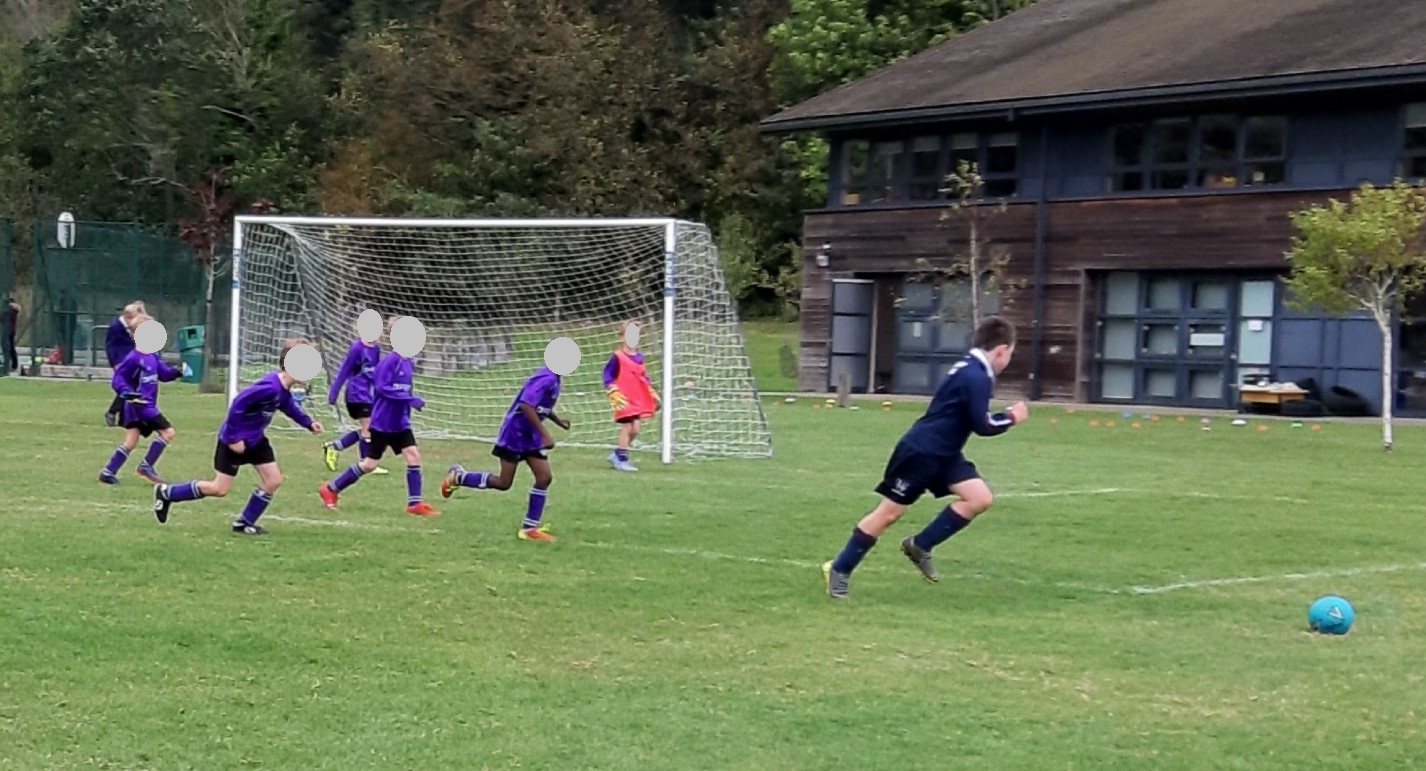 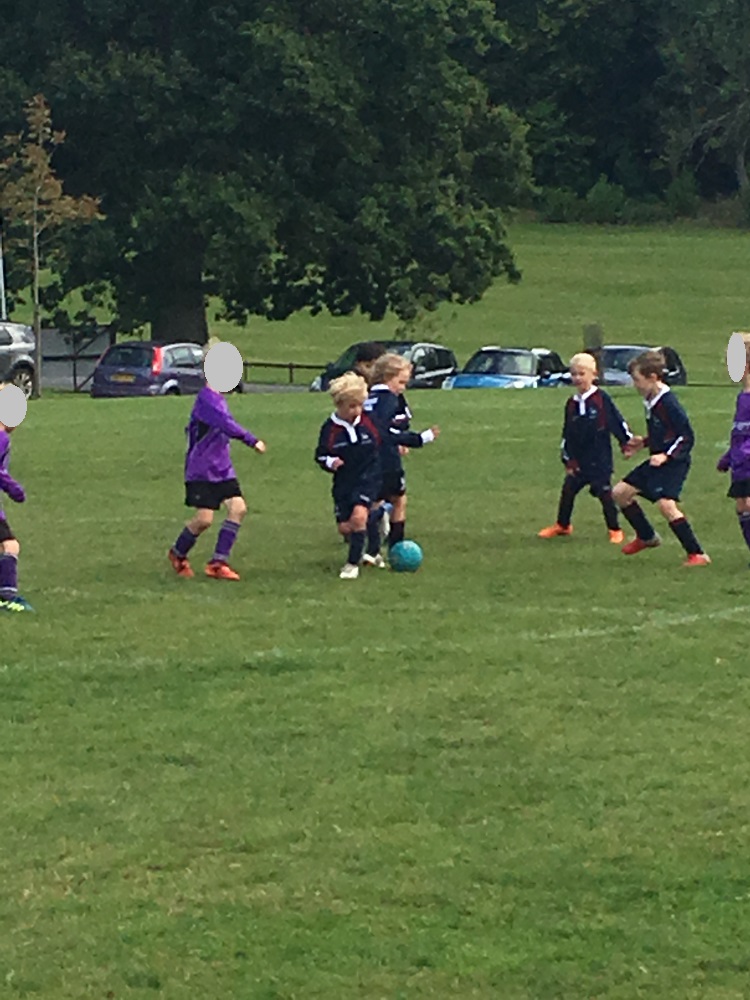